A performance test tool shall be regarded as an intrinsic part of an IT product throughout its life-cycle.

A common problem occurs when required load increases beyond a point where several load generator processes will have to run in parallel on separate hardware servers to create the demanded conditions on the tested system. Such situations increase the complexity in management of generated load and reporting of measurement results.

A logical load generator is a configuration entity that provides a simple and aggregated view to a test user when managing load levels and receiving measurement.

It handles all complexity of running multiple generator processes in parallel on separate hardware servers.

No manpower is therefore required to handle the increased complexity of running large capacity load generators.

A configured Traffic Handler on MBC is a logical load generator representing one interface between MBC and the tested system. 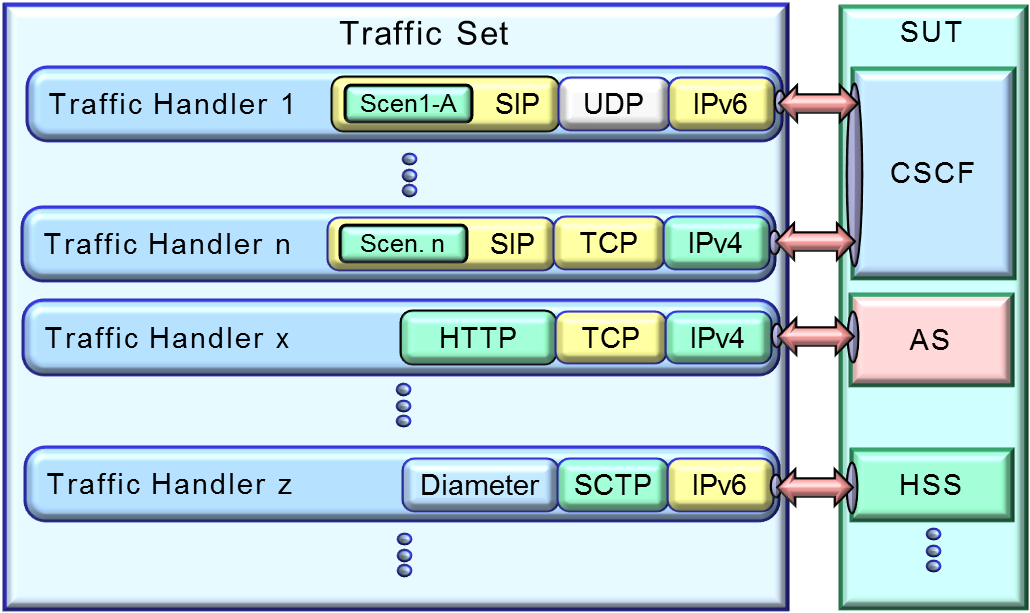 All Traffic handlers of a test case are configured in a Traffic Set that handles all interfaces between MBC and the tested system.

An MBC system has two types of servers: 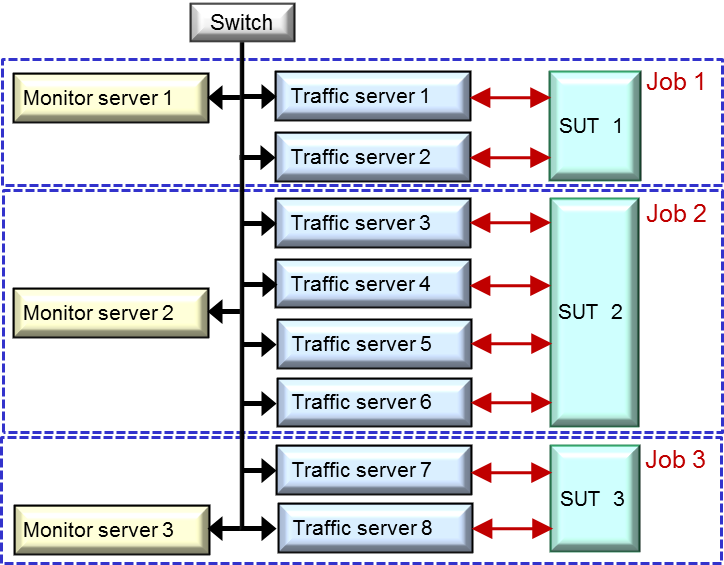 What is the impact of this solution in your work?